Week 6, still in lockdown and confined to the house thanks to an unwelcome change in the weather, and yet with the rain come those long-awaited shoots of recovery, or so the global stock markets seem to think.

There now appears to be a global expectation that the worst of this pandemic is over and whilst there may well be much more pain to come, the world is returning to recognisable forms of economic engagement if not normality.

We are a long way from conventional forms of social interaction but there are signs across the developed world that a compromise must be reached between keeping populations safe and enabling individual economies to function.

In the UK quite apart from the human tragedy of lives lost are the blighted livelihoods for the self employed and owners of small businesses who may in some cases qualify for government financial assistance but in many cases will not.

The government’s position is that they are ‘guided by the science’, at the same time they have also made financial commitments that are unaffordable in the long term hence the need for pragmatism and an expectation that rules on lock down could be “reinterpreted”.

Next week should see the reopening of garden centres, DIY stores, Greggs and McDonalds; clearly to keep us busy and satisfied.

Meanwhile the FTSE100 has defied the pessimists, climbed above 6,000 and is now officially into a “bull market” with a 20% rise in markets since the lows of March when the FTSE100 dropped to 4,993.

As hard data is finally coming through allowing markets to more accurately assess the damage it is clear that many blue-chip UK companies have delivered better than expected results.

This combined with the government interventions both at home and overseas is hopefully demonstrating that the huge government spending commitments have so far paid off.

I am sure we are not out of the woods yet so expect a number of short term reversals before we can truly feel secure that a sustained recovery is underway, markets are still febrile and liable to react adversely and rapidly at the first sign of negative headlines.

Until a vaccine is found and is widely available, we remain faced with the spectre of second wave infections, more deaths and further government endorsed closures to the economy.

For now I simply remain thankful and relieved that my optimism of the past few weeks has not been misplaced, I would never seek to downplay the tragedy of this pandemic but at the same time it is great that we may finally be embarking on the slow road to recovery across the globe.

It only remains to wish the Prime Minister and his partner every happiness on their new arrival; never a dull moment in Number 10, and of course, many happy returns to Captain Tom Moore, recently promoted to Colonel by HM The Queen and the first centurion to have a number one single. 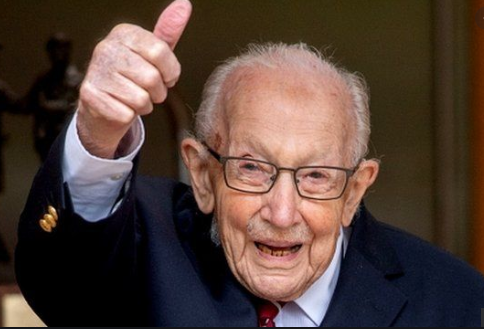