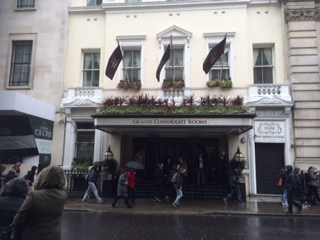 April 2015: Russell went to the Aegon seminar on a rainy day in London, focused on Retirement Planning in 2015.

With the elections looming, the 2 hour seminar talked about the new changes in legislation, including the anti tax-avoidance measures that are being introduced, as well as the new Pensions Freedom reforms.

We were reminded that, in the main, our clients should not worry about anti-avoidance as products such as Pensions, ISAs, EIS, VCTs are already written into the current legislation and that will not change. And indeed, in terms of tax efficiency, Pensions and ISAs are still very hard to beat, especially Pensions which were collectively referred to as ‘..Boring is the new Exciting’!

During the session on Pensions Freedom reforms, we were reminded of the context, including the Taxation of Pensions Act (2014), the Pensions Schemes Act (2015) as well as the death benefits changes proposed during the recent 2015 Budget process. In summary, our regulator (the FCA or Financial Conduct Authority) has this to say: ‘..retirement will have different phases determined by Age, Health and Wealth’ Whilst this is fairly obvious, it does imply that many people will undoubtedly need good financial advice, even more so now than before.